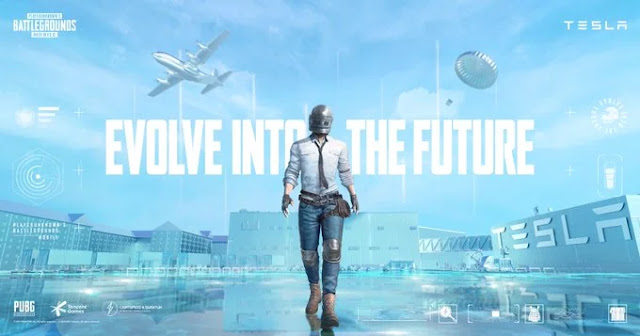 PUBG Mobile and Tesla collaboration – Evolve into the Future

PUBG Mobile is the most attracting battlefield game. The developers take the game into another level by releasing regular updates. Another most important part in the game growth is collaborations. Since, the game released, the developers collaborated with most popular celebrities, companies all over the world.

A new game mode is also designing on each collaboration, that creates the game content more interesting. If you check the previous update PUBG Mobile 1.4, a new mode Godzilla vs Kong was developed with the partnership of Godzilla vs Kong movie. The update has more success and players also enjoyed a lot.

Now, they are officially announced, their partnership with the most popular Electric Car company Tesla. In their official twitter handle they shared a post regarding this topic you can find it in below.

“Are you ready to step into the future with us? We’re excited to announce that we will be partnering with @Tesla to bring its revolutionary spirit and products in-game! Stay tined for more updates!”

Are you ready to step into the future with us? 🚗⚡ We’re excited to announce that we will be partnering with @Tesla to bring its revolutionary spirit and products in-game! 🙌🌎❤️ Stay tuned for more updates! 👀 pic.twitter.com/219xs5UplR

The new collaboration will reflect in the upcoming update PUBG Mobile 1.5 global version.

According to the available leaks, the developers providing Tesla Electric cars on the upcoming update regarding their collaboration.

So, the Gas Cans are replaced with Electric Cans. And also in some areas players can find out Electric Power Stations in the map. In setting a new option Auto Pilot is added for auto driving.