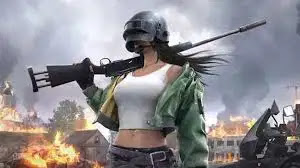 PUBG Mobile KR version is only available for the users in the country Japan and Korea. They can only download the game officially from the Google Play Store or Apple App Store. But, the other region players can’t access it from the official app stores.

The gameplay and features of  PUBG KR is same as PUBG Mobile global version. But, coming to the events and in-game currency are quiet different.

In this article a complete step-by-step guide is provided on how to download PUBG Mobile 1.5 KR version on Android devices.

There are two alternatives mostly using to download and install PUBG Mobile KR version on Android devices. We can check out those in below.

The most commonly used method to install the game is by downloading APK+OBB files on Android device. This is a simple method, you have to just follow the steps given below.

1. Players must have to download PUBG KR 1.5 update APK and OBB file. We will provide here once the update is rolled out.

2. Then install APK file, before open it rename OBB file to com.pubg.krmobile and copy to Android/OBB path.

3. After successfully copied all the files open the game and enjoy new gameplay features.

There are several third-party app stores are available in internet. By using these stores you can also download the game easily. Most popular app stores to download PUBG Mobile Kr version is Taptap and uptodown.