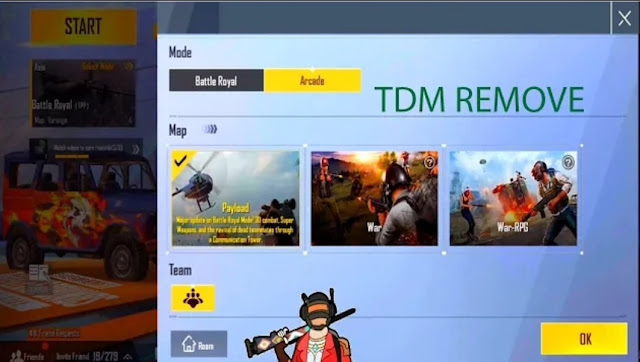 PUBG Mobile and PUBG Mobile Lite has different game modes, each has a unique gameplay. In PUBG Lite the TDM and Zombie game modes are removed. These two modes are not available for the players from the few days.

The developers may fix these bugs or glitches as early as possible. If not done yet they will definitely fix this issue in the upcoming PUBG Lite 0.20.0 update.
Also Check : PUBG Mobile Lite 0.20.0 Beta Update APK Download link.

PUBG Mobile is a prominent battle title all over the world, it has most playing users. By releasing new updates and features the developers attract the players towards the game. So, it stands beyond the other royale battle games like Free Fire, COD Mobile.

A new update 0.20.0 beta is under testing, once a stable version came the developers will released PUBG Lite 0.20.0 Update global version in very soon. The update is based on the winter season and related new features are also added in the beta version.

Already, three updates 0.20.0, 0.20.2 and 0.20.3 are released in beta update. Most probably in the starting of December month the global update will be available for the players.