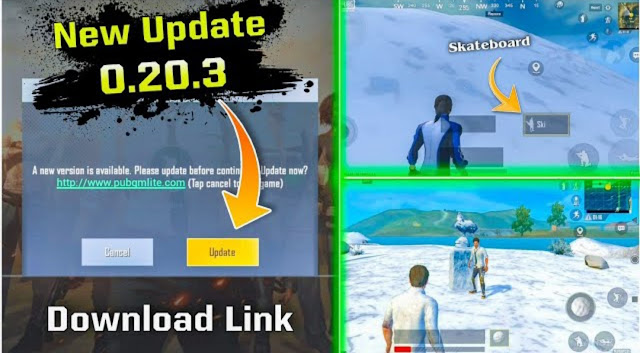 The PUBG Lite 0.20.3 Beta Update released. The players who have beta version on their devices already can update directly from there. The size of the update is around 618 MB may varies from device to device. Other players can download by following the steps given below.

The game developers already released two versions 0.20.0 and 0.20.2 beta updates before this. On each update the developers bringing new updates in the game. The complete 0.20.0 update will be available on mid of November month.

In this latest update they added snow in the training lobby and give skating board option for skating in the snow mountains and Island. In previous update the developers added a new Island but they didn’t provide any loot there. But, in this update they placed awesome loot at there and bugs and glitches are also fixed.

PUBG 0.20.3 is the third update released by the game developers in this version. In this article we provide step by step guide on how to download PUBG Lite new Beta Update on your device.

Step 1: Download the APK file from the above provided link.

Step 4: Run the app and login to your account and enjoy the playing of 0.20.3 beta update.

Note: If the players encountered any error message ‘There was an error parsing the package’, then reinstall APK file on the device.