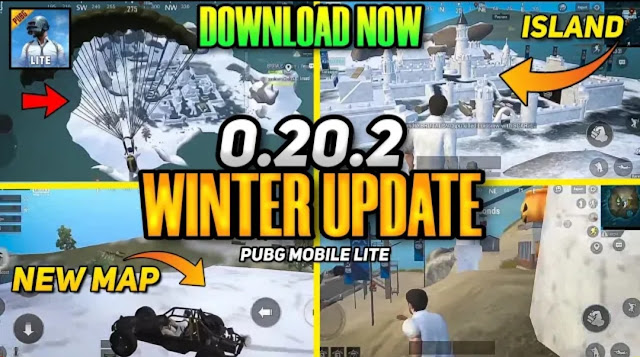 Another new version PUBG Lite 0.20.2 Beta Update is released on 6th November. The size of this update is around 618 MB, may it varies with user device. The players can download it by following the steps given below.

On 28th October the game developers released 0.20.0 beta update unexpectedly. But in that update they didn’t take any new changes related to upcoming winter festival theme. They just added a spray button and universal marker on that update.

Because it is not a final update, beta update is a testing version before releasing global version. The developers will check the functioning of newly added features and is there any bugs and glitches in the new update. They also collect feedback from the players and modified in the coming updates.

Also Check : PUBG Mobile India: What are the major changes in Indian version.

Once the developers released a stabled beta version then only they will launch global version. This will helpful to avoid bugs and glitches in the main game and increases the gaming experience to the players.

Coming to the PUBG Lite 0.20.2 Beta Update the developers added a winter theme in lobby by adding a ice tower and an entrance which was made by ice. They also added some flags on that PUBG Mobile is written may be that will change in further updates. A Winter Castle Paradise is also added in the game.

In this article we provide step by step guide on how to download PUBG Lite new Beta update on your device.

Step 1: Download the APK file from the above link.

Step 4: Run the app and login to your account and enjoy the playing of 0.20.2 beta update.

Note: If you get any error message ‘There was an error parsing the package’, then reinstall APK file on your device.