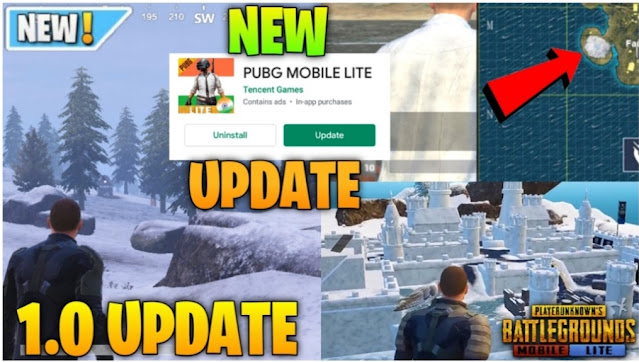 PUBG Mobile Lite 1.0.0 Update is coming with “Winter Festival Theme”. It will be released in the month of November or December there is no official conformation yet. Based on the upcoming Winter Season some features are added to this game for entertaining the players.

Currently, PUBG Lite 0.19.0 Update global version is available to the players. This update was released on 17th September globally on google play and app store platforms. In this update the game developers added Zombie Survive Till Dawn game mode, New Vehicles and more to the game.

PUBG Lite 1.0.0 Update is coming on this winter with winter festival theme. In this update the game developers added snow on some places in varenga map and changed the lobby and loading screen. In this new lobby players have 10 snow balls for throwing this will entertain the players for 60 sec before entering into the actually game.

While playing the game players will get frozen eggs, if you throw these eggs an ice statue will creates that will helpful as a cover to the players will firing takes place. Apart from this they also changed some other things let take a look on those.

PUBG Mobile Lite is an alternative version to PUBG Mobile for the players who have low ended mobile devices. Because PUBG Mobile is not supported on low ended devices so PUBG developers released this lite version. By adding few features on every update to the game improved overall gaming experience to the players.