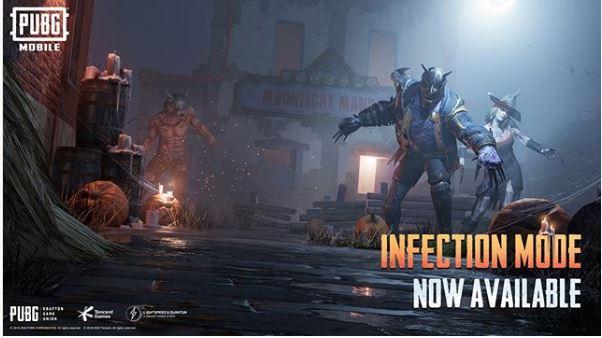 Zombie Infection Mode is now available in PUBG Mobile. Now the players can able to play this game mode. It came one week earlier to the actually released date. In patch notes they mentioned it will come on 23rd October to the game but it was released on today i.e. 16th October.

PUBG lover are very happy to take back the infection mode to the game. It is one of the most popular game play in PUBG Mobile for the players. The new Infection mode is coming with a Halloween theme and the game play was designed with Pumpkins.

Few days back PUBG Mobile Payload 2.0 was also released by the game developers. It gives a different game play to the players with heavy weapons, modified vehicles and secret rooms. This update entertaining the players more and added some more entertainment to the players by released Zombie mode.

By releasing new updates to the game with different themes it attracts the players easily and this is the key part for growing as a most playing mobile game all over the world. And now it is the highest earning mobile game in US by surpasses the Fortnite and COD Mobile.

PUBG is the most downloaded mobile game in play stores. PUBG game is available on two different version PUBG Mobile and PUBG Lite. They designed these two version based on high ended and low ended devices point of view. And these two games are also more popular in the world.