Also Check : How to change Among Us character speed step by step guide.

Also Read : Among Us new Map bigger than Polus confirmed by developers.

Among Us is one of the most popular multiplayer online game. The players who are playing this game more are trying to find different tricks that’s make the game more fun and enjoyable.

Among Us game is released by the American game studio InnerSloth on 15th June 2018. Since the release the game getting more popularity. The main advantage of this game is there is no age restriction to play this game. So, everyone can play this game easily.

By using this method you can hide yours character name in the game. This trick works on every device PC, Android and iOS. So everyone try this trick and confuse the other players in the game.

How to Create an Invisible Character name in Among Us game

Follow the steps given below to make character name invisible in Among Us game.

Step 1: Open any browser on your device.

Step 2: Search ‘u+3164’ on search bar and click on the first link or visit the site directly by click here.

Step 3: Select the free space in between the two inverted commas (” “). 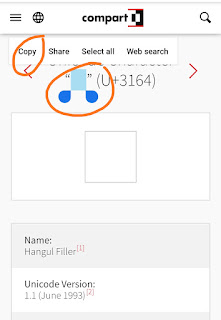 Step 5: Open Among Us game on your device and click on online option. 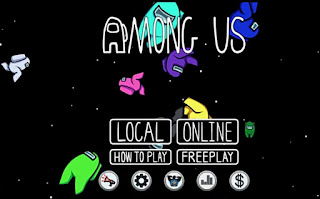 Step 6: Paste the blank text which was copied in step 4 then click on okay button. 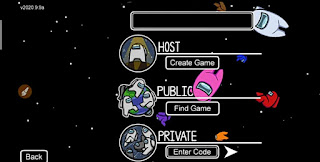 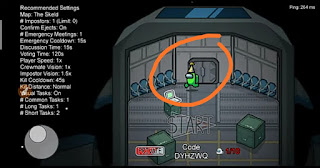