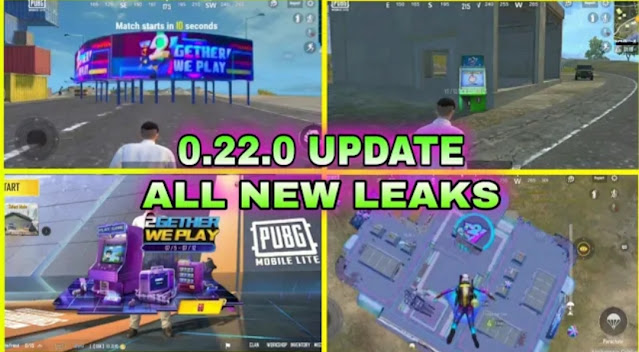 Also Check: How to get PUBG Lite BC for free

However, on every new update the developers added some new features according to the theme. If you check the 0.21.0 update they didn’t given any new features in the game. Only the removed TDM Warehouse game mode again added in the game.

Meanwhile, some leaks are out, PUBG Lite 0.22.0 Update has to be release soon. The update is complete based on the 2nd Anniversary Theme.

On the month of JULY the PUBG Lite celebrating their 2nd anniversary. In previous year also they came with the similar update. The initial leaks of the PUBG Mobile Lite 0.22.0 Update is out, let’s check it.

In Span Island the snow, which is given in winter update completely removed on this update. Instead of that some banner items are added which represents the events of 2nd Anniversary.

While Winter Festival Update the developers added an island, which is the best location for landing to collect the required loot. Whereas, in coming update they replaced that with a Anniversary Cheer Park. Similar to the Island this location will be a hot drop.

In current update the players find a special loot boxes in some places by click on the celebrate option, they get some loot on their. Now in 0.22.0 update some cakes are available in places of boxes.