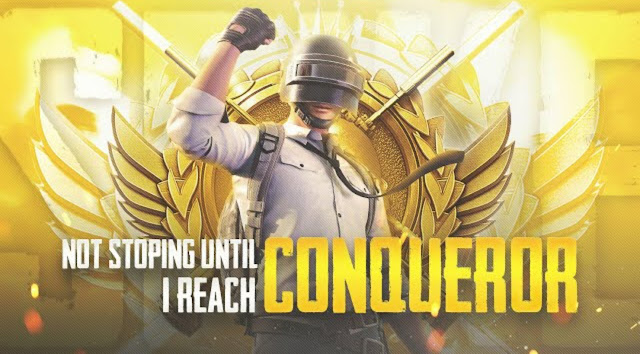 PUBG Mobile Season 18 Royal pass is out. The players tier rank also reset with the new season. So, everyone starts the new season as a fresh.

Conqueror is the highest tier position in PUBG Mobile. Every player wish to reach conqueror on every season. However, the players need some skills to reach the top rank on season tier.

Now-a-days the competition to reach conqueror position is increased due to the huge fan popularity. so its a difficult task for the players who don’t have minimum skills.

At the end of every season the players also get some permanent rewards based on their current tier positions. So, every player try to push their tier rank.

In this article we provided some tips and tricks to reach conqueror in PUBG Mobile Season 18 easily.

The new Season 18 is started on 17th March. So, the players tier will also reset on the same day. The following factors will helpful to players while rank pushing.

Players survive time is one of the important factor to improve their tier rank. The best method to survive more time in the battlefield depends on the landing position.

Whereas, most of the players try to land on the plane moving path. But that is not a secure zone if you want to survive more time in the game.

Hence, locate a place away from the plane travelling path and land their. This is also a best practice to collect the required loot in the game before attacking the enemies.

After survival time kills play an important role in rank pushing. However, if you are expert in firing then you are the king the battlefield.

Otherwise, don’t take initial attack on the enemies. Just act as a third party killer that means if any two players attacking each other then focus on them and attack.

Because already they lost energies in their fight so its easy for you to defeat them and increase your kills bag.

If you are playing squad or duo then try to play with the same team members that will improve understanding between the squad and getting support from each others.

In case if you change the squad members repeatedly there is a communication gap between you and your teammates.

Revive is the best option in squad or do games that will makes the knocked friend into live in the game. This factor considerable in the game while rank pushing.

Restore yours health as much as possible in the game. It is one of the factor while increase tier rank.

With your skills the above tips helpful to you while pushing tier rank in PUBG Mobile Season 18.