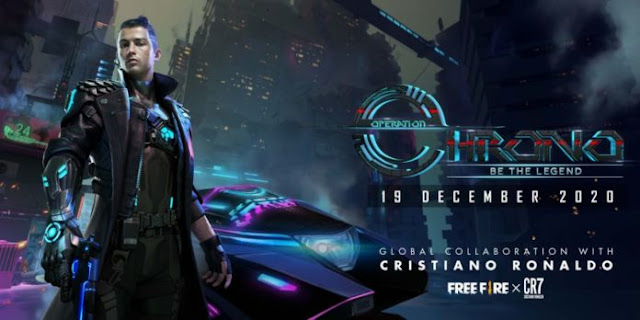 The Fire Fire developers introduced a new character “CHRONO” with the collaboration of Football star Christina Ronaldo (CR7). The players can get the new character from 19th December onwards.

Garena Free Fire is the most downloaded game from the google play store for the year 2020. The developers made collaborations with world famous celebrities and introduced their virtual characters in the game. Each character has special skills and abilities.

These characters will improved the player performance in the game. For improving gaming experience to the players they also bring new events with these collaborations.

1) It creates a force field that blocks 500 damage from enemies.