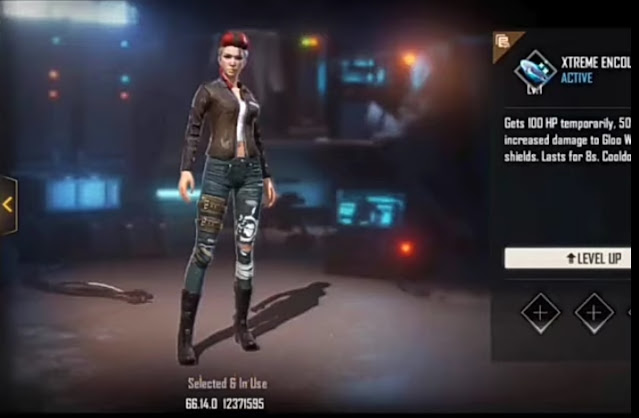 The Free Fire OB27 update Advance Server opened on 1st April. The developers introduced new female character in Advance Server. Lets check the Skills and Abilities of the character Xayne in this article.

Free Fire has a unique features like characters and pets as compared to the other battle royale titles. The character and pet skills helpful for players in battlefield to defeat the enemies. These features are more interesting on every update.

As like as every character, Xayne has some special skills and abilities that will helpful for players in the battlefield for defeating the enemies.

The abilities of Xayne character:

“Gets 100HP temporarily. 50% increased damage to Gloo walls and Shields. Lasts for 8sec, cool down 150sec.”

Once the player use the skill of the Xayne he will get 100HP for temporarily and it lasts for 8sec.

For example if you have 50HP then use Xayne skill, your HP will increase to 150HP. However, again it comes down to 50HP in 8sec.

Also Check : How to get Activation code in Free Fire Advance Server OB27.

You can check the cool down time and damage percentage on each level in the below image: 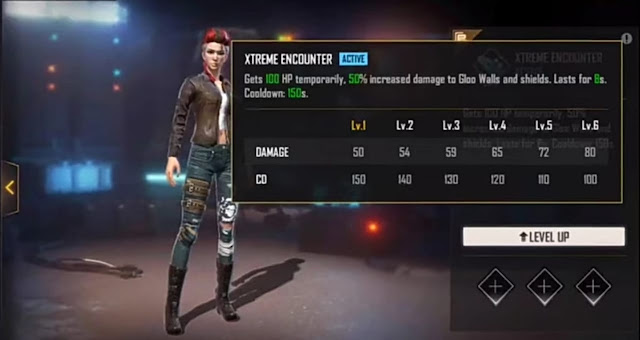