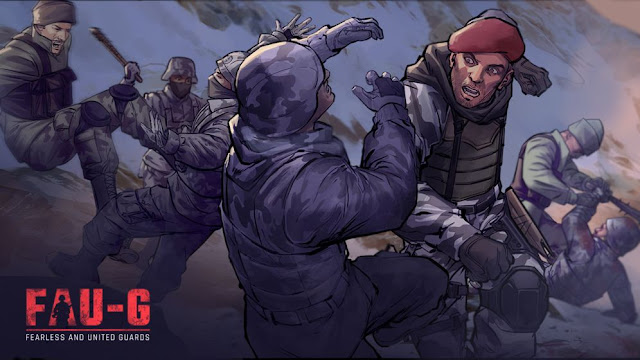 FAU-G is an Indian based action game developing by the nCore games. The Bollywood actor Akshay Kumar announced the game will be released in very soon. A teaser of the game is also released on the occasion of Dussehra.

The FAU-G is a story based action game. It is completely developing according to the situations which are facing by the Indian army in the borders. In further updates there may be chance to introduce battlegrounds in the game.

After the developers released a teaser, there are many questions raising about the game like exact release date, size of the game and more. In this article we tried to provide some information regarding FAU-G game.

When the FAU-G game will release?

Actually, there is no official announcement from the developers on the FAU-G exact launch date. But from the inside sources, it was confirmed it will be available on late December or start of the New Year. May be in few days the nCore games will announce the exact release date of the game.

Why my device is not compatible with the game?

While the users doing pre-registrations some people get this issues. The nCore developers already working on that so, it will be fixed in very soon. The devices which are supporting PUBG Mobile all are works with this game also.

Is FAU-G has Multiplayer game mode or not?

Mostly no because, FAU-G is a story based action game. So, it has some missions the players have to complete those to go forward. But, there is no information about is game has multiplayer game mode to play with friends or not. We have to wait for this until the game is released.

Is our data is safe with FAU-G?

Yes, mainly here the game developing by the Indian company and the data servers of the game is set up in India. So, there is no issue on data protection. If you observer the PUBG Mobile and PUBG Mobile Lite was banned with this reason. Because there is no data servers in India they are operating from outside the country.

What is the size of the FAU-G and how the graphics is?

Mainly the size of the game is below 1 GB, but the developers didn’t mentioned anywhere about the game size. And coming to the graphics that is good, if you look the images which are available in the stores you can get some clarity about the graphics.

I think this article provides you some useful information, if you want any other information and have questions comment in comment section.