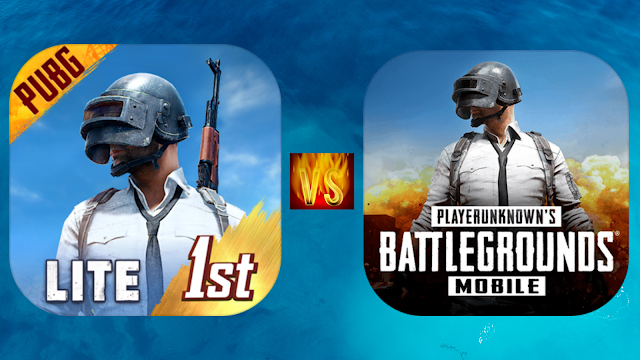 PUBG Mobile is a king of Battle Royale in mobile gaming platform. It has a huge fan base all over the world. The developers also designed PUBG Mobile Lite based on the parent game.

The gameplay of  PUBG Mobile Lite and PUBG Mobile is same. But compared to the Lite the PUBG Mobile game size it too big. So, the players are stand with low size with same game experience.

The in-game items like outfits, skins, emotes and more are more popular in the game. The players have to purchase these items from season pass, crates and lucky spins. In PUBG Lite these items are available in low prices as compared to the PUBG Mobile. So this is one of the reason to choose PUBG Lite game over Mobile version.

As earlier we discussed the sizes of the game, due to the large size of PUBG Mobile it’s not supported on low ended devices. So the players need minimum 3GB or more ram mobiles to play this version. But, in case of PUBG Lite the size of the game is very low so it can also supported on 2GB mobiles.

In PUBG Lite for each batch 60 players landed into the battlegrounds from the plane instead of 100 players in PUBG Mobile. This will reduce the competition between the players and that’s is good sign for beginners.

Each battle in PUBG Mobile Lite is completed within 15 minutes of time span. But in case of Mobile version it is too long almost the game is going for 30 minutes.