Recently, the PUBG Corporation announced they are comeback with a new PUBG Mobile version for Indian users. On 21st November the PUBG India has officially registered itself as a company in India. The company is registered with two directors.

PUBG Mobile, since it releases the game is growing very fast all over the world and it is one of the most prominent game in royale battleground genre. The game has a huge fan base and providing entertainment to them by taking new updates and features in the game.

Apart, from the game comeback, they also stated a branch office/subsidiary would be establishing in the country. With the news of PUBG India registering as a company, they seem to have made good on that statement.

PUBG Mobile India officially registered as a company in India 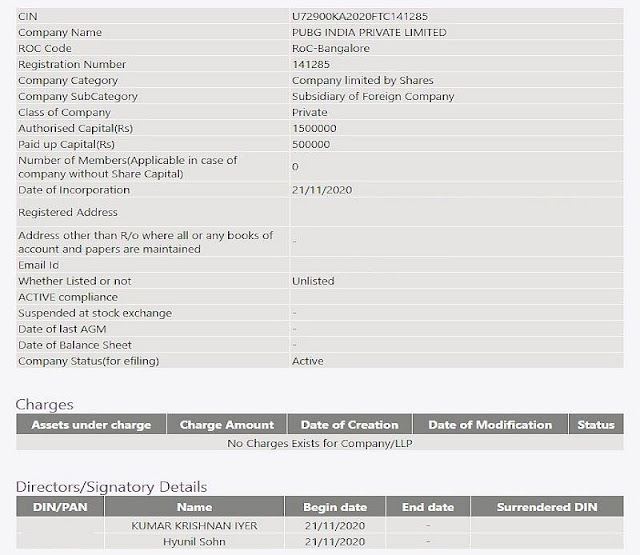 According to the post by LiquipediaMemphiz on Instagram, PUBG India officially registered as a company in India on 21th November, 2020. All the details regarding their registration can found in that post. It saying the company is registered in Bengaluru, Karnataka.

The company have two directors named as

Kumar Krishnan Iyer – Has directorship in 10 companies including Spotify India and Accuweather. 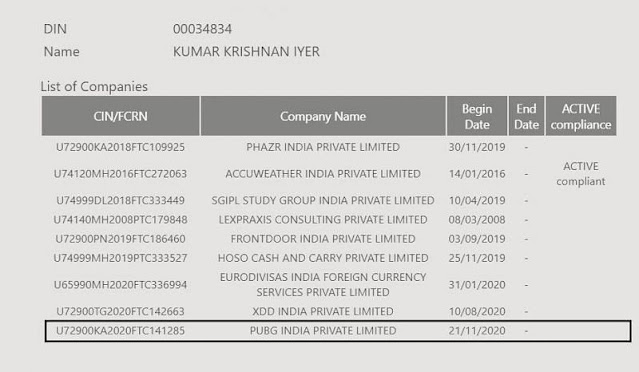 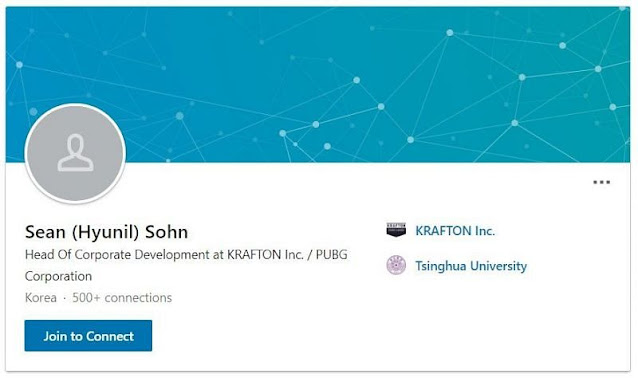 With this registration and everything, the long wait of the players would be end in very soon.