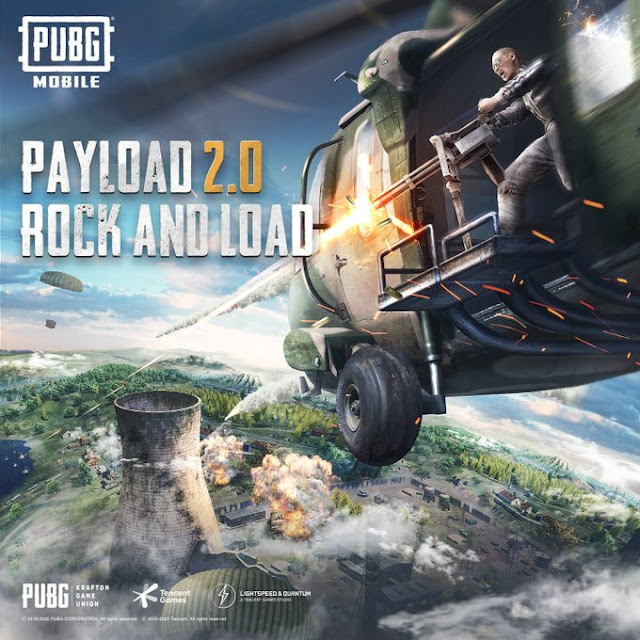 PUBG Mobile 2.0 Update Payload mode is released on 10th October officially. But in some locations it was delayed for 2 days. The game play of this mode is totally different as compared to the other available modes in the game.

Also Check : How to Buy UC and BC in PUBG Mobile game.

The PUBG game developers brings a lot of new features to the game by this update. The size of this update is around 650MB which varies on device. PUBG Payload 2.0 update can be downloaded through the link given below.

In Payload 2.0 the players can be able to travel through Air, Land and Water and attack the enemies. For this the game developers modified the vehicles and introduces some new vehicles to the game.

Actually in PUBG normal game modes we have Buggy, UAZ and other vehicles. For those they attached two barrels on both sides of the vehicle which will helps to float on the water. Apart from this some weapons also added to the vehicles, these can be access by the player who sit in the back seat.

UH60 Helicopters are available on only some specific areas. In Payload 2.0 Update there are 4 locations there you can find these UH60 Helicopter let check below what are those locations.

In East Post location you can find this UH60 Helicopter at the back side of the container boxes. Whereas, in Pilot Plaza if you went to C-buildings center of those buildings there is another UH60 Helicopter.
The third location is Factory back side area and the final is Strong Hold location here you can see two UH60 Helicopter. One will be available normally and the other will takes some time to come out from the base.
illumuniateOctober 16, 2020
0 2 minutes read
Facebook Twitter Pinterest WhatsApp
Facebook Twitter Pinterest Share via Email Print