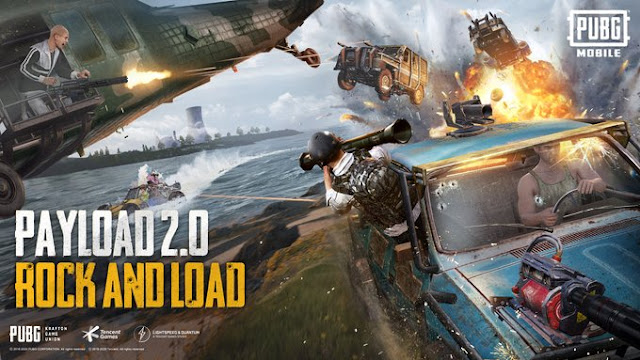 The PUBG Lite Payload 2.0 beta update is released on 10th October, but till in global version it is not available. Now some news came about the released date of the Payload 2.0 update in play store.
Also Read : PUBG Mobile shut down all servers in India from 30th October, 2020.
Also Check : Download PUBG Mobile Lite Payload 2.0 Beta Update.
Payload 2.0 mode is a different game mode and most of the players experienced this game play in beta version. Highly exploded heavy weapons and armed vehicles takes this game into another level. But, the players are till waiting for this update in global version.
Also Check : PUBG Lite Payload 2.0 Secret Glitches and Tricks.
Due to the some technical issues the game developers didn’t release this update in the global version. Actually they are working to fix that issues in the game and will be release as soon as possible. According to the leaks Payload 2.0 will be released on 1st week of November.
Also Read : PUBG Mobile Payload 2.0 Update all New Weapons.
The game developers added heavy weapons and armed vehicles in Payload 2.0 update. They also added a armed helicopter and communications towers which are used to recall the eliminated teammates. In this game mode the players can travel by land, water and air also.
Also Check : PUBG Payload 2.0 Top 10 Secret Room Locations.
Some secret rooms are also available but the doors of this room are made of iron, so it is not possible to break with normal fire works. By using weapons the doors will break. In that secret rooms a great loot will be available.
illumuniateOctober 29, 2020
0 1 minute read
Facebook Twitter Pinterest WhatsApp
Facebook Twitter Pinterest Share via Email Print