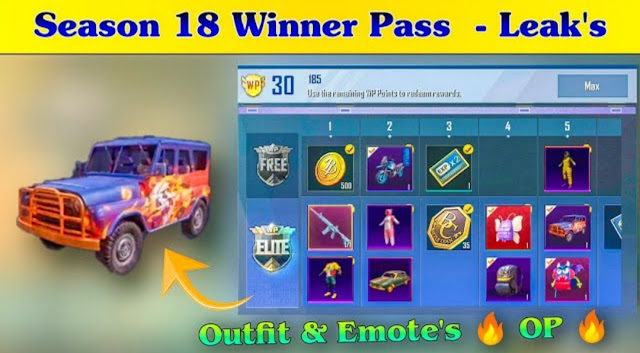 The Season 18 of PUBG Mobile Lite is expected to start from the next month. Some leaks related to the upcoming season winner pass are also revealed.

Season 17 of PUBG Mobile Lite is released on 1st October and was a quite success. It comes to end on 30th October. After that a new season 18 is going to be starts. The new season will bring a wide variety of rewards.

As mentioned earlier, once the season 17 is concluded the new season 18 is arrived. Season 17 will end on 30th October, after that the RP section will get locked.

Hence, it is expected that season 18 will be released on 1st November. But there is no official conformation from the game developers about the release of new season.

As well as the previous season passes the season 18 pass will also available in two variants like Elite pass and Elite Plus pass. The players have an option to subscribe it by spending in-game currency BC.

Some leaks are also revealed for the season 18 Winner pass. Check Season 18 WP leaks by the click here.