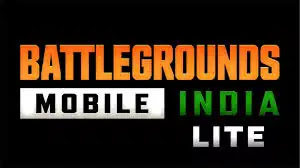 Battlegrounds Mobile India (BGMI) is the new battle royale game released for Indian users. Krafton developed this game itself, and released in India instead of banned PUBG Mobile.

Meanwhile, PUBG Mobile Lite is also banned along with the PUBG Mobile. But, the developers didn’t bring back the lite version in BGMI till now. Many players are looking for that.

Because, PUBG Mobile Lite is a popular game, it also supports on low-ended devices. This function created huge fan base to the game.

Similarly, now the Indian users are expecting Lite version on BGMI. But, till now there is no official news or leaks on that.

However, in social media a news on BGMI Lite is going viral, which is that the PUBGM Lite Indian discord server profile changed to BGMI Lite.

But, if you check the official discord server of PUBG Mobile Lite there is no such activity in that. You can also check it by join in discord server, the link is here.

If you check that, after enabled Lightweight Installation Function, the size of the PUBG Mobile is decreased. And also according the mobile features the users have an option to download the required resource pack.

And one more important thing is after Winter Update PUBG Lite 0.20.0, there is no new content added in the game. Only Winner Pass new seasons are providing in the game.

Hence, there is no expectations on Lite version in BGMI from our point of view. If it released, that is a very good news for all the players, who are waiting for that. If there is any update on BGMI Lite we will update here, so keep visit.