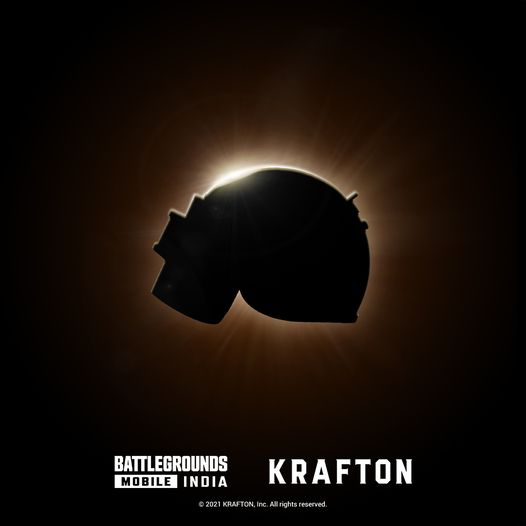 We all know about the situation of PUBG Mobile in India. In previous year the government took action on 118 Chinese apps in second phase which includes PUBG Mobile and PUBG Mobile Lite.

From that day onwards the PUBG Mobile gamers are eagerly waiting for the comeback. Finally, the game is coming in soon with a new title.

Recently, the developers released a 10 sec teaser on their official social media platforms. After a day of that, the Battlegrounds Mobile India Logo also revealed with a #INDIAKABATTLEFIELD.

Now again the developers provided a image on their official website, which has a Lv. 3 Helmet hiding the light, that looks like a eclipse. You can check the FB post of Battlegrounds Mobile India in below.

In that they stated as “We’re just as excited as you are! BATTLEGROUNDS MOBILE INDIA is all set to take over!”

The content creators makes that image is a hint for Battlegrounds Mobile India release date. They are saying after decoding that hint, it looks like a eclipse. So the game will be release on the eclipse day.

On 26th May Lunar Eclipse and 10th June Solar Eclipse, so they are saying that “official trailer and pre-registration will begins from 26th May, whereas the game will release on 10th June.”

The popular YouTuber Dynamo also said in their live stream “The game will release mid of June”. All these things saying the game will available on 10th June official in India.

Meanwhile, there is no official release date yet, all these are expecting dates. If all these happens according to assumptions that is a good sign for players to access the game on next month.