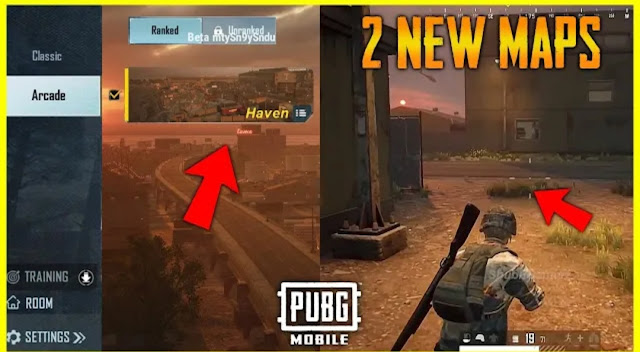 Another new update PUBG Mobile 1.3 Beta patch notes revealed. The developers are introducing a new map Karakin and some other fine features that make the game more exciting.

The PUBG Mobile 1.3 Update beta will release on very soon. The players can check the new feature, which is available in the 1.3 version.

Karakin is a 2sq kilometers small map, and it is completely dry, open, and filled with rocks. The players can check this map on Classic Mode. The new map has very challenging gameplay, and a maximum of 64 players can participate in each match.

Also Check : How to update PUBG Mobile without Play Store.

As the name itself indicating, it makes demolishing. The buildings in the Karakin map will turn into ashes with Demolition Zone. Most of the player’s campaigns in building for attacking enemies. However, if they are in purple area it cause damage and may even completely destroyed them.

For protecting from enemies, the players take support from the building walls. But with the 1.3 update, the bullets will penetrate into the thin walls also. That will damage to the enemies.

The Mosin Nagant will only spawn on Erangel and Vikendi. It is a 7.62mm bolt-action sniper rifle as powerful as the Kar98K, but its bullets fly faster and loss less damage over distance. It can eliminate an unarmored target with a single shot from long distances.

Moto Glider is flying vehicle which is a 2-person-vehicle. It consist of a driver seat and a back seat. The player in driver seat can operate the Glider, whereas the back seat can use his firearms. The glider works on the fuel. The faster you fly, the more fuel will be consumed.

In below video you can check all the details of patch notes: