Before running the game lets take a look at the best new features that the developers add in this new update.

There are no significant changes in lobby. Whereas in mode settings a new map Karakin is added. That is a 2×2 map which is similar to Livik map. You can check the features of this map below:

64 players or 16 teams can participate on this small map in a single match. 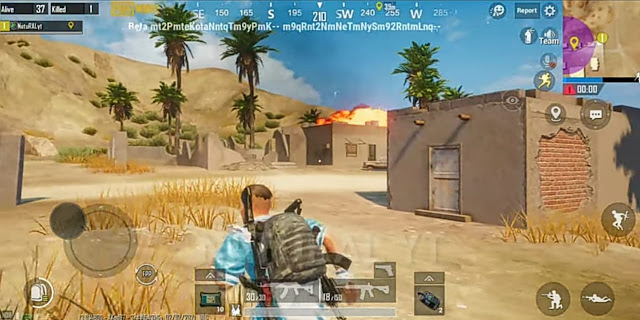 Buildings are not safe for players in Black Zones

Red zones are the dangerous points in PUBG Mobile maps. However, there are no red zones in the new map, but they added a black zone. The black zones are more potent than red zones.

In red zones, the players are safe if they are in buildings, not in black zones. The buildings in the black zone turn into ash, so there is no safety for players.

The big question is how to protect in black zones. For that, the developers introduced new bunkers. One from bunker to another an underground path is arranged. But the doors of the way is inclosed the players have to use explosive to open the way.

A new type of explosives stick bombs are available in this update. The players can place these bombs for walls; if the enemies come closer, that will explode and damage them.

A new flying vehicle Motor Glider added in the game. First, the developers bring a flying vehicle in classic mode. Only in Payload 2.0, the players get helicopters to travel in the air.