PUBG Mobile Lite 0.21.0 (1.0.0) will be released soon. With this update the developers celebrating Christmas festival. So, they added Christmas related new features and lobby.

Currently, PUBG Lite 0.20.0 winter update is available for players. The users enjoyed a lot this update with winter features and new locations in the map. By releasing new updates the developers gaining attention of the players towards the game.

The PUBG Lite 0.21.0 beta update will be release in few days and the global version will come before 25th of this month. There is no clarity on the version whether they will release as 0.21.0 or 1.0.0 what ever version they will release these features will come in that update. 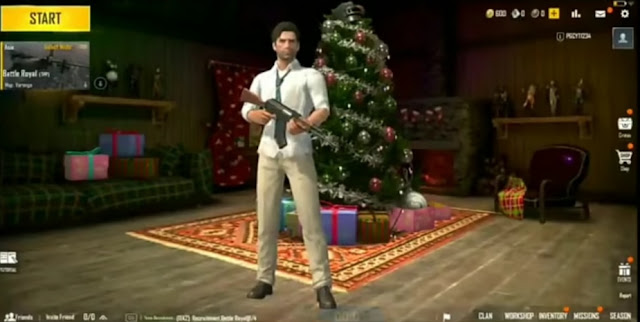 A new lobby which was designed as Christmas event celebration is added in the game. This is available for only limited period. After that the default lobby will be available as normally. Along with this lobby the players can access a music playlist.

In Varenga map the developers added some decorated Christmas trees. The players can collect some loot and gifts in that trees by tap on the celebrate option as like as in the winter update.

First time in PUBG Mobile Lite the developers introducing granite skins. These skins will be available from the new update.

A special ornament which looks like a key chain. The name of this ornament is Strange Mummy Ornament. It will be pinned to the players backpack.