Recently the developers also launched another update PUBG Lite 0.20.2 update with some more additional features. The size of the update is around 618 MB.

Another version PUBG Lite 0.20.4 Beta Update is expected to release soon. With this update the developers brings some more new features related to the coming Christmas festival and fixing the bugs and glitches on the 0.20.2 update.

Actually with the 0.20.2 beta update the developers added a new Island called Winter Castle Paradise in the map and also snow mountain in the Church location. The Island is completely covered with a snow and freezed ice, but the Island has number of glitches. So all these have to be fix in 0.20.4 update.

Apart from these glitches resolving, some new features related to the coming Christmas festival also be added. Lets check what are the new features coming in further updates.

Festival celebration is one of the best part in the game by providing new events and rewards. Similarly, in December month Christmas is coming so the developers bringing a new lobby which is totally related to Christmas. 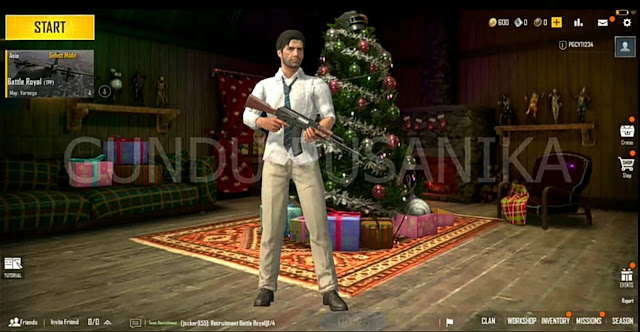 The lobby is covered with lighting, Christmas tress, gifts and more. The look of this lobby awesome, mostly the players will get this lobby for free and this will be available for limited period.

In varenga map on some particular places the developers placed these hut. In these huts a good loot will be available for the players and some more gifts are also there. The huts are decorated with lighting and inside of this a Christmas tree and some photo frames of previous season hanged on the walls.