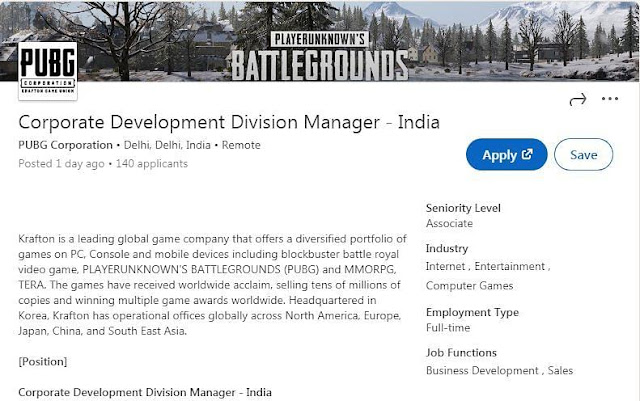 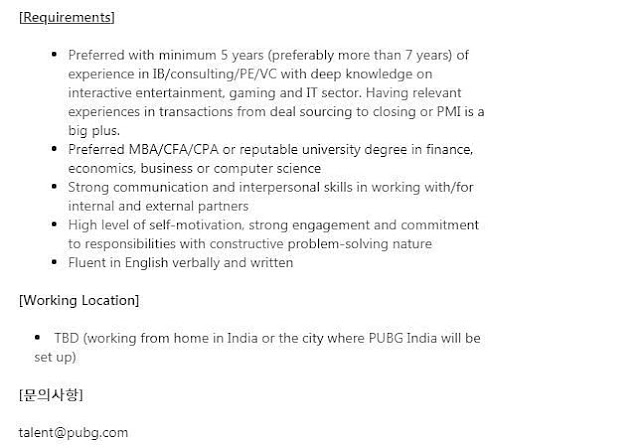 The PUBG Lovers are eagerly waiting for the return of this game in India. According to the speculations, this is the recruitment for operating PUBG Mobile in India once it will released their Indian version. 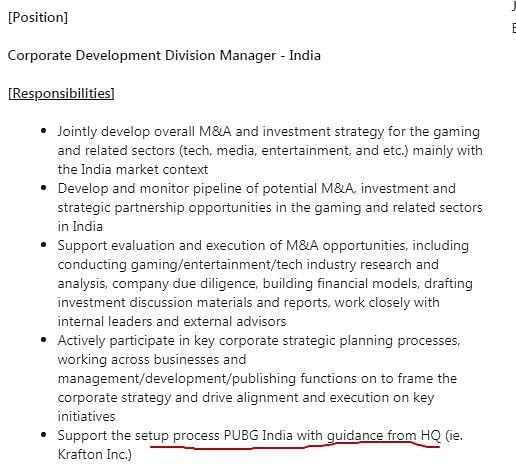 After banned PUBG Mobile in India the due to increasing boarder tensions with the China, the PUGB corporation starts searching for partner in India.

According to the reports they initially interact with India’s leading company Reliance Jio to relaunch in India. But in initial talks the deal was not set. After that second largest telecommunication network Airtel comes under news to take gaming rights of PUBG Mobile in India. But there is no conformation from the officials.