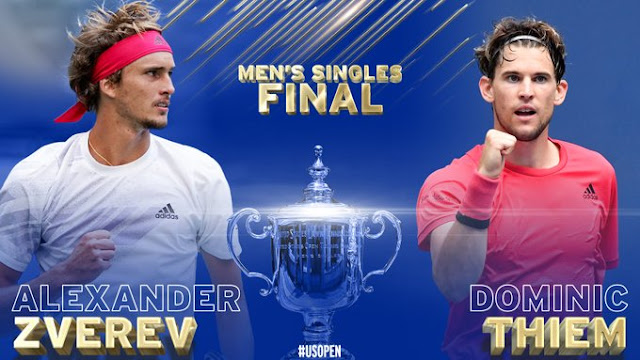 US Open 2020 Grand Slam comes to end on this Sunday with the final match between Thiem vs Zverev. Both these players first time to take place into US Open Grand Slam Final match.

On Sunday the US Open Grand Slam finals will takes place between these two players Dominic Thiem vs Alexander Zverev. So, this year the US Open title will goes to a new player that means who didn’t win US Open yet. Every one excited to watch this match.