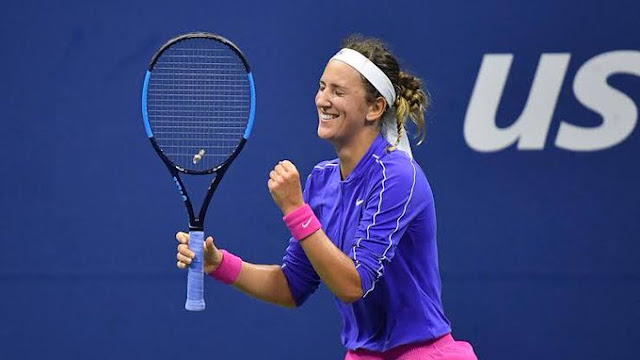 Image from Twitter.
In the battle of US Open Semi-Finals Victoria Azarenka defeats Serena Williams 1-6, 6-3, 6-3 to reach her 5th Grand Slam final, 3rd at the US Open. Vika Azarenka goes from unseeded to the final of the US Open. This will be Azarenka’s first major final in seven years.
Victoria Azarenka ends a 7-year, 5-day gap between major final appearances with a win against Serena Williams in the US Open semis. It’s the second-longest span between major final appearances among women in the Open Era. (Venus Williams: 7 years, 207 days). She comes back to defeat Serena Williams for the final spot in the US Open championship match.
This is Azarenka’s first win in a major against Serena. Victoria Azarenka, on her 11th try, finally beats Serena Williams at a Slam, weathering a dominant Serena start to pull out a 1-6, 6-3, 6-3 victory. Azarenka, in her first Slam final in seven years, will face fellow 2x Slam champ Naomi Osaka on Saturday for the US Open.
Serena Williams’ latest bid for a 24th Grand Slam singles title is over after Victoria Azarenka beat in US Open Semi-Finals. Williams had only lost 1 match in her major career after winning the opening set 6-1 or 6-0 (2014 Wimbledon against Alize Cornet). She is now 94-2 in her major career after winning the opening set 6-1 or 6-0.
For the first time in her career, Victoria Azarenka beat Serena Williams in a major. She had previously lost 10-straight to Williams.
illumuniateSeptember 11, 2020
0 1 minute read
Facebook Twitter Pinterest WhatsApp
Facebook Twitter Pinterest Share via Email Print

US Open 2020 Final: Clash between Thiem vs Zverev on sunday