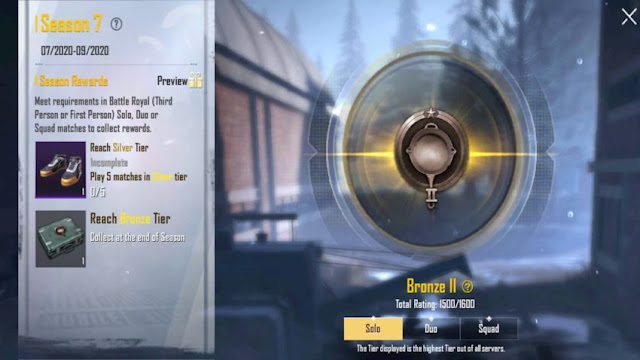 PUBG Lite season 8 will going to release on 1st October 2020, season 8 will also last for 3 months as well as previous season. PUBG Lite season 7 is currently going, it comes to end today i.e. 30th September 2020. So the ranks of the players will reset and the season-end awards will given.

PUBG Mobile Lite is an alternative version of the parent application PUBG Mobile. This lite version was designed for the players who has low-ended mobile devices. And this version goes most popular. It reaches more than 100 million downloads in play store.

Here are the season end awards that the players will be able to collect: