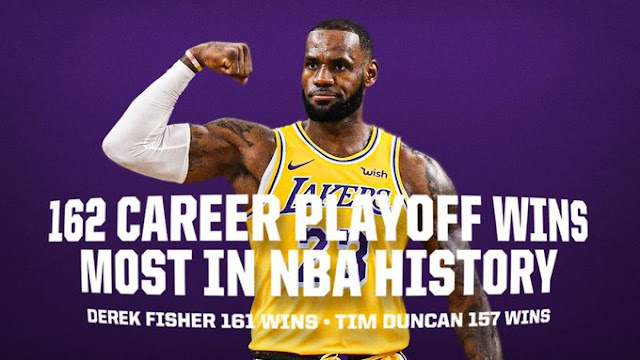 LeBron James becomes the Leader  of NBA’s all-time Playoff Wins. LeBron breaks the record of Derek Fisher (161 wins) on today by winning the match with Houston (112-102). LeBron puts 36 points to give LA series lead of 2-1.

Previously this record was in the name of Derek Fisher with 161 wins. But, today by winning the match between Lakers and Houston Rockets with 112-102 LeBron passed the Derek Fisher record. In this match LeBron put up 36 points to help LA take the series lead of 2-1. 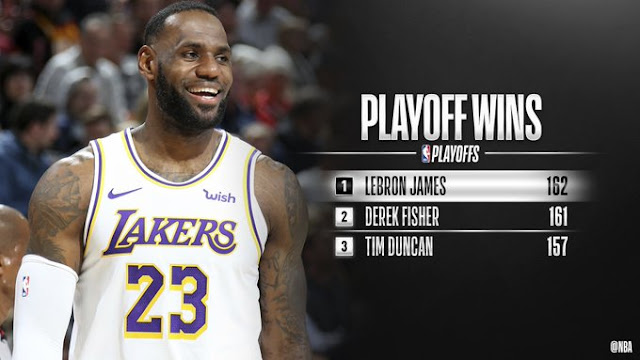 Now LeBron is leading with 162 career playoff wins, Derek Fisher in second with 161 wind and Tim Duncan in third position with 157 wins.

LeBron James is one of the great player ever in basketball history, just set the record for the most wins in playoff history. Here are his all time playoff rankings.

3rd in Games and