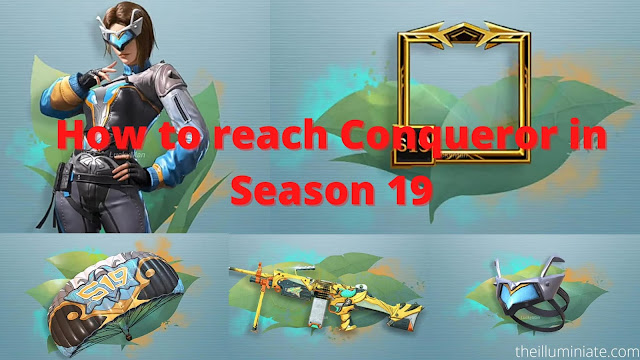 The Season 19 Royal Pass has arrived on PUBG Mobile. Hence, the players Tier ranks are also reset with the new season. They can collect the rewards of the previous season based on their tier position.

Whereas, every players want to reach conqueror on PUBG Mobile Tier system. But, due to the high competition it becomes more difficult. The players have to show their special skills and abilities in the battlefield to defeat the enemies.

If you check out PUBG Mobile Tier rank system, the players will get Tier points according to survival, kills, damage and some other factors.

By considering all these, the players can rewarded with Tier points, after the end of the every match. For improving these you have to follow the below given suggestions.

For survive more time in battlefield, landing location is the key for the players. While landing from the plane you have to spot the right location for landing.

For that choose the location away from the plane moving path. In that direction the rush of enemies is very less than the plane path. That also provided a required time to collect the loot.

Also Check : How to get Free Premium Crate Coupon in PUBG Mobile in 5 minutes.

The second is Kills, after survive time kills are considered in Tier points. More kills you bagged, more points you will get. Mostly prefer to bag kills as third party killer, that means if any two enemies are in action, then try to defeat them. Because, they already lost some energy so you can easily defeat them.

By creating more damage also you will get some points. It can be done easily by using Frag Grande, Stun Grande and etc. And also by destroying the vehicles you can add some more points.

While playing with friends, revival is one of the main thing to earn Tier points. And also restoring health will provide some more points which will helpful for reaching conqueror in PUBG Mobile.