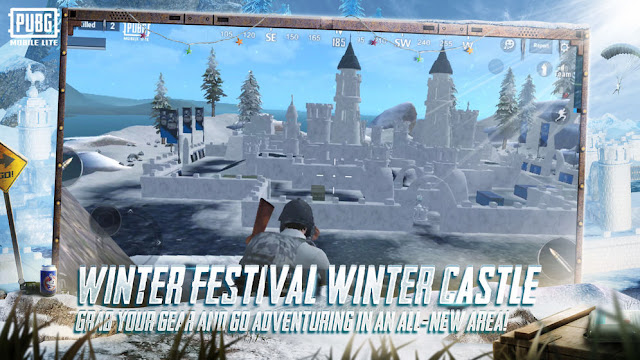 PUBG Mobile Lite new update 0.20.0 released with a theme of ‘Winter Update’. You can download the update by following the steps given below.

However, the developers doesn’t added to many new features to the game. But, for apparent winter theme they made some changes like snow-capped peaks in Erangel and surfing feature on snow hills, Glacier AKM skin, snow balls.

As mentioned earlier, the update is designed according to the coming winter season. So, for evident the theme the developers added few changes on the most played Erangel map.

The Erangel map featured snow surf on some areas and the mountains on this map turned as a snow mountains. Along these features a new location Ice Island is added in the map nearer to the range location. A snow skating board feature is provided to move quickly on the surf.

The 0.20.0 update theme of PUBG Lite is similar to the PUBG Mobile which was released in the last year during winter season.

Disclaimer: PUBG Lite game is not available in the country India. So, we are not advised the users to download the game until official statement release by the government.

2. Search PUBG Lite on search bar and click on the top result

4. Run the game, login to your account and enjoy the new update gameplay

Note: TapTap is a third-party app store and hence download the application at your own risk.