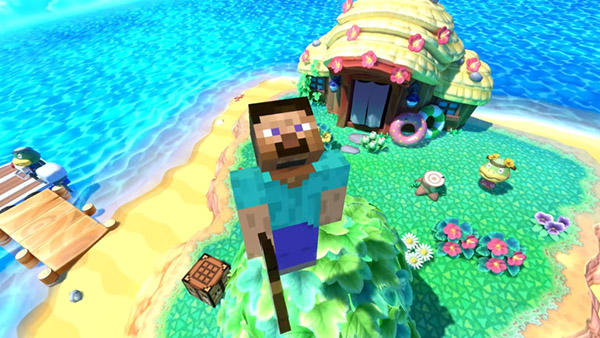 Ninendo announced Super Smash bros ultimate DLC challenger pack 7 Steve and Alex will launches on 13th October 2020. Minecraft Steve added with Alex, Zombie and Enderman Skins and along with this a new stage and seven music tracks will launch on October 13.

They are part of the second challenger pack in Super Smash Bros Ultimate fighters pass vol-2, which also includes a new stage and seven music tracks from the Minecraft series will launch on 13th October.

For getting access to Steve and Alex players will purchase fighters pass vol-2 which costs $29.99. Along with this the players will also get access to the previously released fighter Min Min from ARMS and four more challenger packs yet to be announced.

On each pack includes one fighter, one stage and multiple music tracks.

Nintendo has shared all the details of this Super Smash bros ultimate DLC characters and content in a video. You can check that video in below.