PUBG Mobile and PUBG Lite game servers are not available in India any more from 30th October, 2020. The PUBG corporation shared this information through their official Facebook account. 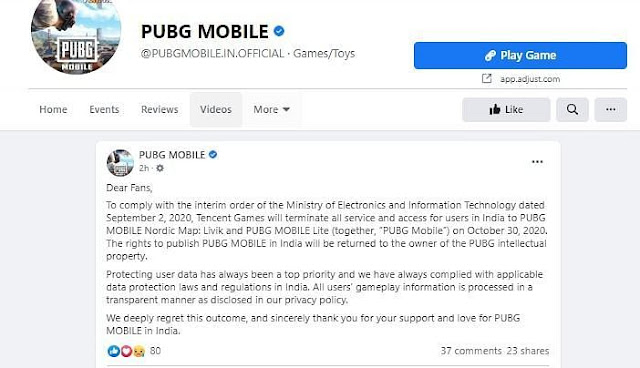 On 2nd September the Indian government banned PUBG Mobile and PUBG Lite games in India because of increase border tensions with China. Actually PUBG is a Korean game but the mobile game rights given to the China company Tencent.