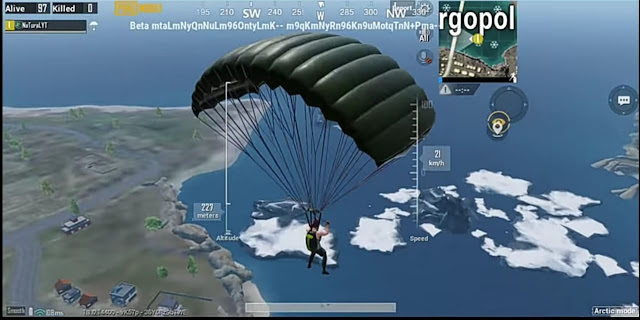 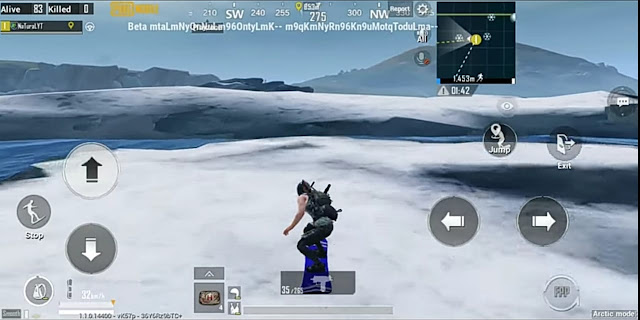 Skating (Image Credits : PUBG Mobile)
Also Check : PUBG Lite Payload 2.0 Secret Underground Glitch.
If you check the previous year winter festival they are provided cable bridges near these ice glaciers to travel from one end to another end. But this time that was totally different idea.
On every season the design of the airdrops will be changed but this time it was in completely in white color. I think they will modify this in further updates.

Airdrop (Image Credits : PUBG Mobile)
In Artic game mode a new type of huts called winter festival huts are placed on some special places. You can find some special gifts in those huts. Especially in that huts center gift pine tree is placed there you can get some loot. And inside these huts you can check some images of previous season. 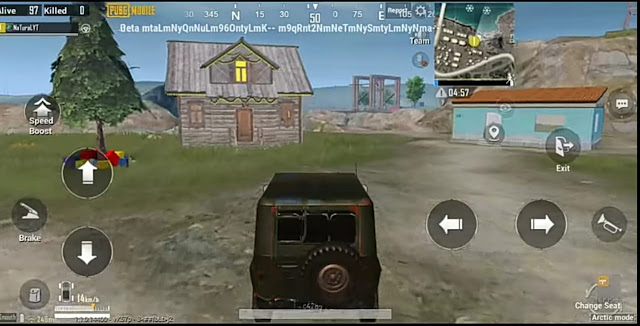 Winter Festival Hut (Image Credits : PUBG Mobile)
The main attractive place in this winter festival theme is Winter Castle Paradise. The winter castle paradise is placed  on only one place. There you can get some special loot also. It was fully covered by the snow, there you can do skating by using skateboard.