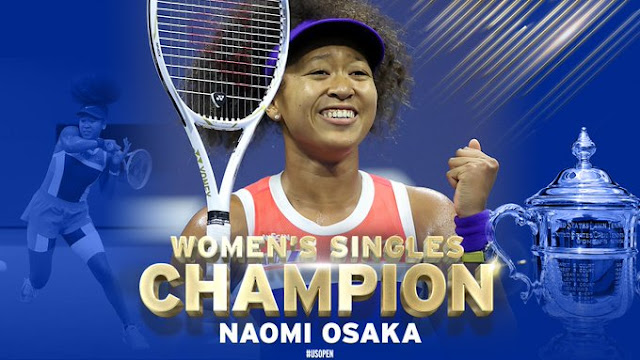 US Open Women’s Final 2020: Naomi Osaka won their second US open women’s title by defeating  Victoria Azarenka in the US open finals. This is the third grand slam title for Osaka.

In US open women’s final winner the Japanese star Naomi Osaka beats Victoria Azarenka in three sets 1-6, 6-3, 6-3 at Flushing Meadows. With this win she has two US open grand slam tittle in her career at a age of 22 years.

With the sealed of US open women’s 2020 title Naomi Osaka improved their finals winning in major tournament as 3-0. Till Osaka played three major tournament final games, she won all those games. Osaka played four 3-setters en route to the title, tying Serena Williams (1999) and Sloane Stephens (2017) for the most by a US Open women’s champion in the Open Era.

Two years after her championship victory over Serena Williams, the 22-year-old tennis star won US open women’s 2020 title by recovered from an ugly first set to beat Victoria Azarenka.

US Open 2020 Final: Clash between Thiem vs Zverev on sunday