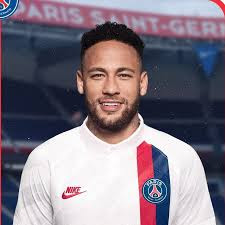 According to the French Sports Daily L’Equipe source the most expensive player Neymar along with him other two players Angel Di Maria and Leandro Paredes tested positive for Covid-19.

PSG said in a statement “Three Paris Saint-Germain players have tested positive for corona virus and are subject to the appropriate covid protocols.”

“All of the players and coaching staff will continue to undergo tests in the coming days.”

PSG didn’t played any game after the lost of Champions League final with Bayern Munich. Actually they have to play a league game with Lens which was scheduled on Saturday. But PSG has postponed that match to the PSG squard a break after their Champions League ‘Final Eight’ exertions.

In this break PSG player traveled to the Spanish Mediterranean island of Ibiza with their friends and family for enjoying the holiday.

PSG have to play a match with Lens which was rescheduled on 10th September 2020. PSG are in a view of postpone that match because the key players of PSG are not available due to the corona virus positive.

Paul Pogba out from the France squad, after tests corona positive.