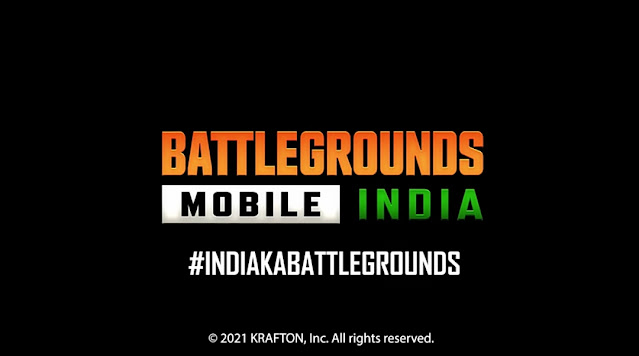 The Krafton officially announced a new title Battlegrounds Mobile India is release soon in India instead of PUBG Mobile. They have launched a 10 seconds teaser on 6th May. Now, the official Logo has arrived.

As we known, the PUBG Mobile and PUBG Mobile Lite banned in India along with the 118 other Chinese apps, due to the border tensions with the China. These two games are most popular al over the world and it has huge fan base in India.

With that massive decision by the Indian government, the PUBG lovers hearts are broken. They are waiting from a long period from the come back of PUBG Mobile in India.

Since it banned in India, several rumors are turn around the game’s re-launch in India. Finally, the Krafton put a end for rumors and announced the game is release soon with a new name called Battlegrounds Mobile India.

However, the PUBG Mobile players wait is going to end with the Battlegrounds Mobile India launch. The game is only available for Indian user and it is a free-to open game server.

Before the game release officially, a pre-registration process is available for Indian Players. The main priority of the game is given to provide users information safety and also provide friendly gameplay for users (reduce violence).

The game has age restrictions to play the game, the gameplay also slightly different as compared to PUBG Mobile global version.