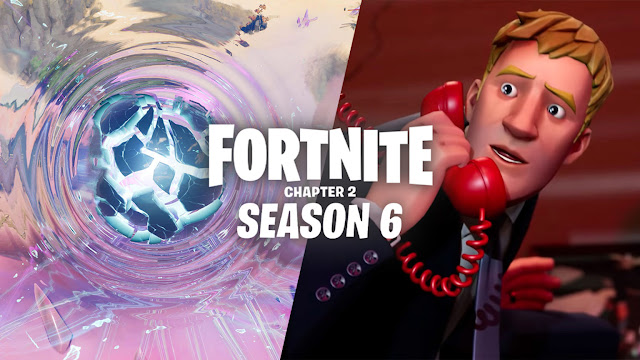 Also Check : How to get Fortnite Gold Bars and hire NPC character.

The players really enjoyed the new features in Season 5 and created as a successfully season. Now the player’s attention goes on the upcoming Season 6 update.

The Season 5 is expected to end on 15th March, 2021. It is consider from the Fortnite official website, they mentioned the players have to finish the current season battle pass by March 15, that means the season 5 should also be concluded on the same day.

If it happens the developers have to launch a new season on Fortnite.

Fortnite Season 6 will starts from 16th March, 2021, the next day of the season 5 ending. There is also a sufficient server downtime.

It is the expected date only, if the Season 5 ended on the above mentioned date. There is no official statement from the Epic Games on the next update release date yet.

What will the Fortnite Season 6 theme?

We don’t know the exact theme of the Fortnite Season 6 until it will release. Whereas, the fans already have many predictions and theories about what could happen in the new season of Fortnite.

One of the biggest rumors is that chapter 2 season 6 will reimagine the Darkness theme for Chapter 1 Season 6. This would likely mean a comeback for Kevin the Cube, the mysterious purple object that once caused mayhem on the Island.