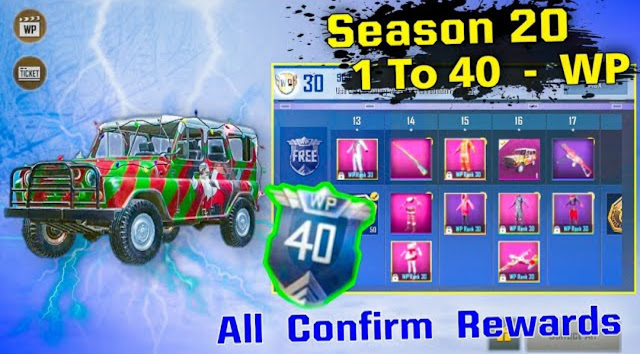 The PUBG Lite Season 19 is coming to end in 2 days. So, the payers are looking with excitement for the release of new season winner pass.

The Season 20 PUBG Lite winner pass will starts from 1st January, 2021. On New Year releasing season is different from previous seasons. Because, the developers increasing levels of winner pass from 30 to 40. So, the player get an opportunity to claim more rewards with the new season.

In PUBG Mobile Lite, the season winner pass is the major thing to get exclusive in-game items. The game has most popular in-game items which includes outfits, gun skins, vehicle skins, emotes and more.

The developers added new content on every season pass. Similarly, the season 20 will also bring new outfits, skins and other items for players. On every month the developers updated new season in the game.

The players have to purchase winner pass to claim the rewards. They can collect WP rewards by completing daily and weekly challenges in the game for level up and claim rewards.

Before the release of winner pass season 20 in the game, some YouTube channels claimed some leaks related to new season pass. You can check the leaks of season 20 from here.