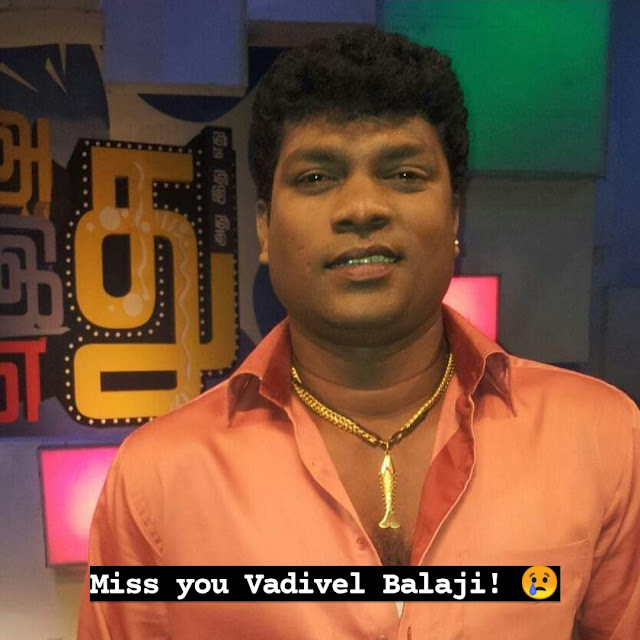 Vadivel Balaji the Tamil comedian died at a age of 41 years due to the illness. He is most popular with the ‘Atu Ithu Edu’ show which was telecasted in Vijay TV. Vadivel Balaji death has a lost of best actor for film industry. The fans and film industry shows tribute to him.
Vadivel Balaji died in the morning at Chennai Government Hospital. Initially, he was admitted into a popular hospital in Chennai 15 days back due to the sudden heart attack.
Vadivel Balaji is popular with his mimicry and imitating the body language of famous comedian Vadivelu. He acted as comedian in movies and TV shows. He has a son and a daughter.
Latest News : Samsung Galaxy M51 launched, Price and Specifications.
The comedian initially affected by paralysis followed by heart attack. After that he was joined on a popular hospital in Chennai 15 days back. But lack of expenses and facilities he was shifted to some other hospitals and finally he was admitted on a government hospital in Chennai. Today morning he passed away.
Couple of weeks back Vadivel Balaji shooting for Mr & Mrs Chinnathirai 2 and got eliminated from that show.
illumuniateSeptember 10, 2020
0 1 minute read
Facebook Twitter Pinterest WhatsApp
Facebook Twitter Pinterest Share via Email Print