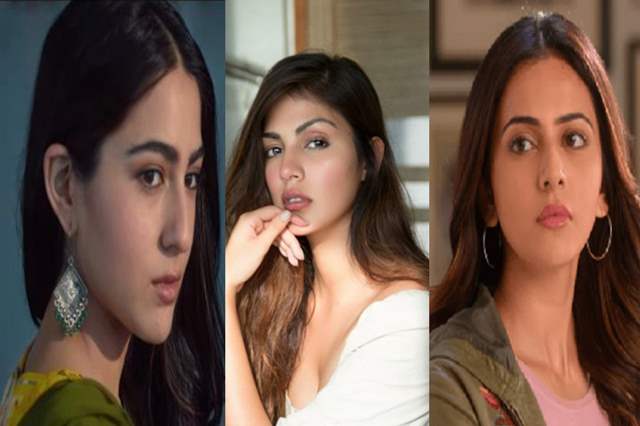 Rhea Chakroborty has named Bollywood actresses Sara Ali Khan, Rakulpreet Singh & designer Simone Khambhatta in drug ring & that they used to do drugs with her.

According to the Times Now, it was conformed Rhea Chakroborty gave a 20 page long statement in that she included the above three names. So, now NCB will focused on these names.

According to the reports it was conformed the NCB has a 25 A-listed Bollywood celebrities which includes actors, directors, cast production and others.

After Rhea Chakroborty announced above names the netizens trolled them in social media especially from twitter platform. They are demanding to remove them from products promotions.

Remove #SaraAliKhan from your ads.

We’re done with Nepotism & those who consume DRUGS.If you want us to use your products, than take an immediate action.