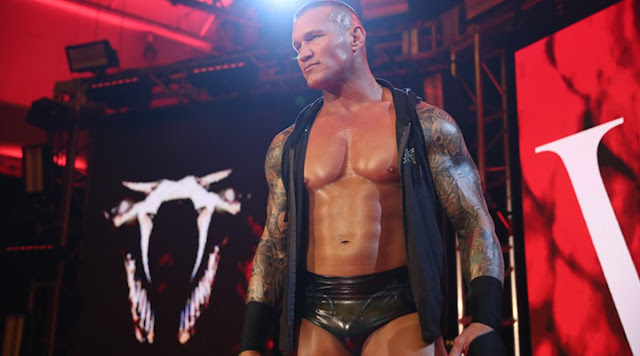 We’re looking ahead to Clash of Champions, which was originally scheduled to see WWE Champion Drew McIntyre face Randy Orton, but now that match is in jeopardy.

On RAW this week, The WWE Champion challenged Orton to an ambulance match at the Pay Per View, but instead of receiving Orton, Adam Pearce, who’s been acting in a role similar to a General Manager lately, came out to explain that the Viper isn’t medically cleared for the match.

A high-stakes match to say the least, the friendly rivalry of the two former NXT Champions didn’t last long, as they brawled multiple times backstage during the show before the match even started.

A back and forth affair that saw Lee target the fractured jaw of McIntyre, the match ended before a  clear winner could be determined, as several Retribution members ambushed the two, with over a dozen other members swarming the ring to attack both McIntyre and Lee.

Fortunately, the two Superstars had back-up in The Hurt Business, and whilst it was strange to see the group of heels help the two faces, the fact remains that there was no clear winner of the main event.

With their being no reports of Orton being injured outside of WWE, it’s likely that his injury is in kayfabe, and thanks to Dave Meltzer, we now know the real reason why Orton was written out.

According to Meltzer, Randy was taken out by Retribution backstage and as a result suffered an injury, but that obviously didn’t make it to air.

With no clear victor on this week’s show, it seems a Triple Threat Ambulance match at Clash of Champions could happen, and although that could lead to some epic moments between McIntyre, Orton and Lee,  we’re not too sure how those stipulations combined will work.