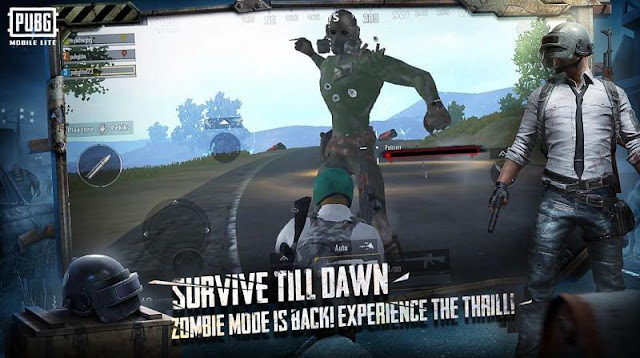 Coming to Zombie – Survive Till Dawn game mode this was already introduced in PUBG Lite Beta version but after found some bugs the game developers removed this game mode in that version and again now reintroduced in this latest PUBG Mobile Lite 0.19.0 update version.

How to play Zombie mode Tips and Secret Places:

This is one type of land mine. If you place this mines in the path of zombies, once that zombies step on these mines the zombies will freeze for a short time. This will helps the players to attack the freeze Zombies easily. This is the best technic to defect if zombies came nearer to you.

When you fire the BIO AMMO it will emits waves. These waves heals nearby allies periodically. So, the health of the team members can  be increase with this AMMO.

This is another type of AMMO for defecting the zombies (enemies) in this game mode. It will also emits some waves, but this time these stuns and knocks back the zombies.

This is one of the explode material. Kinetic Ammo will makes yours shot enhances for a short period of time during which the shots will explode and damage the area.

This Ammo generates sound waves which will helpful for players to find the enemies and slow down the movement of zombies.

Along with these techniques some secret hidden places means where the zombies will not come are also helps to you to win this battle. Check those secret places.