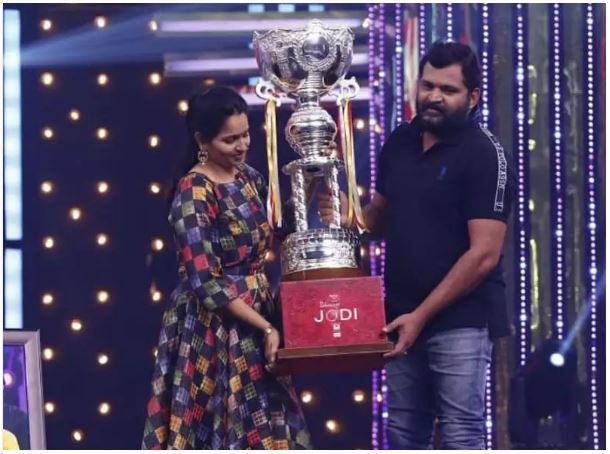 The winner Jodi collected a cheque of Rs. 25 lakh as prize money. Prabakar got emotional after Ohmkar announced as Ishamart Jodi Title Winners. He said “I’ve been working hard in the TV industry for the past 25 years. My efforts and intent mostly got misinterpreted. I was confident that we would reach the finale as this show was very transparent. But winning the trophy is so overwhelming. I thank the audience for voting for us and my wife who is my lucky mascot.”

Malayaja who had promised to donate half of the amount to the treatment of covid patients. She said, “We want Megastar Chiranjeevi garu to handover our donation to the Corona patients.” They also received a certificate and a memorable family poster.

Dance choreographer Yash and his wife Varsha are Runner ups of the Ishmart Jodi. There are also awarded with trophy and a beautiful family poster.

On  23rd February 2020 the Ishart Jodi Reality TV show started with 12 Jodi participates. It was ended on this Sunday. Big boss is coming again to entertain the audience on the first week of September.