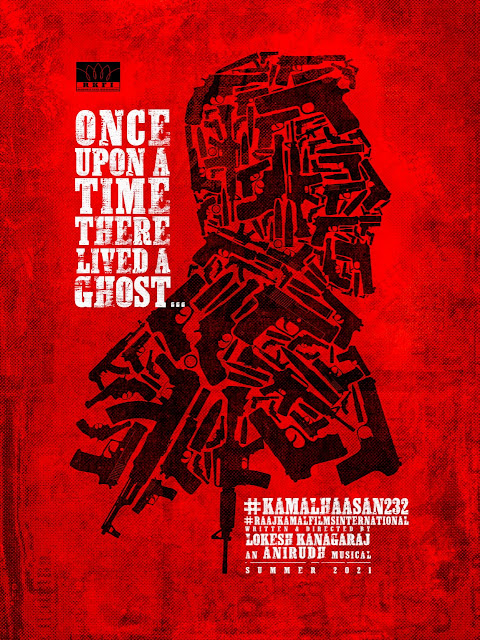 The movie poster was released by the director Lokesh Kanagaraj through his twitter account. Anirudh composing music for this movie and Raaj Kamal Films International producing this movie.

Coming to the poster “the title of this movie is not mentioned in that, it was covered with a red background written as “ONCE UPON A TIME THERE LIVED A GHOST” and designed the Kamal Hassan image with weapons. This looks so good, creative and efficient poster”.

With the combo of Kamal Hassan and director Lokesh the movie expectations reached at high peaks. The fans are waiting for this summer to watch this movie.