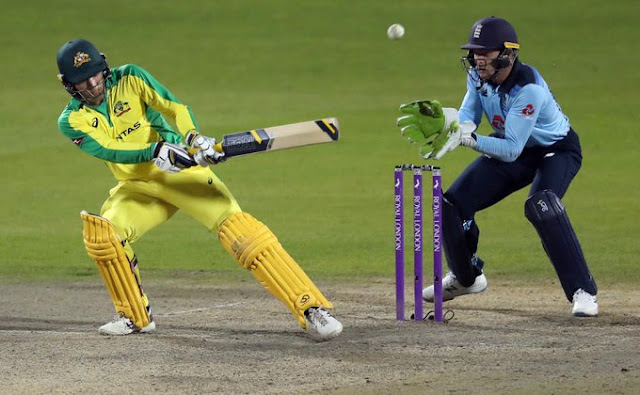 England vs Australia 2nd ODI Highlights, England won the toss and batted first in the 2nd ODI vs Australia in Manchester scored 231 runs with a lost of 9 wickets in their 50 overs. Australia collapsed for 207 runs in run chase. England won by 24 runs and leveled the series as 1-1.

After choose the bat first England doesn’t have a good start. In the earlier of the match England lost their openers, Jony Bairstow fell for a duck and Jason Roy (21) return as a run out. The captain Eoin Morgan (42) and Root (39) build a partnership to study the England innings after lost of openers. But England these two wickets in a quick sessions. With the 76-run 9th wicket partnership between Adil Rashid (35) and Tom Curran (37) England makes a decent total. Adam Zampa (3/36) and Mitchell Starc (2/38) are the key bowlers to restrict the England below 250 runs.

In the chase Australia also failed to make a good start. Australia lost Warner (6) and Stoinis (9) within the 4 overs gap, Jofra Archer picked these two. After lost of openers the captain Finch (73) and Labuschgne (48) built a 107-run partnership for 3rd wicket. But Australia collapsed from 143/2 to 207/10. Jofra Archer, Chris Woakes and Sam Curran strikes Australia with three wickets each. Jofra Archer is the player of the match.