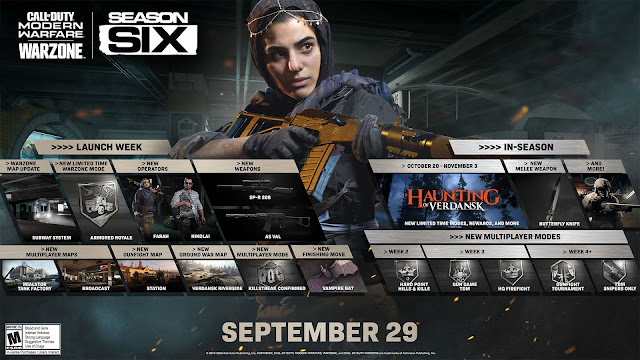 Image Credits : Activision
Call of Duty season 6 of Modern warfare and Warzone is going to live at 11PM pacific time on 29th September.
The biggest addition to warzone with season 6 is the Verdansk subway system which is going to give you a new way to quickly get around the map. Every metro station is going to have the exact same building layout with seven stations in total.
Also Read : PUBG Highest Earning Mobile Game in US surpasses Fortnite and COD Mobile.
There will be multiple trains going clockwise and counter-clockwise around the map. The trains will not move if there is any fighting on the train or between the platforms so you won’t be able to use it as a way to constantly avoid enemy squads. This is going to be one of the best ways of moving around the map quickly.
Loot is available on each metro station and also has a ladder as an alternative entrance or exit so don’t worry about getting completely trapped by an enemy team.
Two new operators being added in season six those two will be Farah and Nikolai who we saw in the teaser trailer this week if you’ve played the campaign. Nikolai will be the rank 100 skin in the battle pass.
Three new weapons in season 6 will include an assault rifle, sniper rifle and a shotgun. The assault rifle is to be the AS VAL which is going to be very unique and potentially very popular within warzone.
illumuniateSeptember 29, 2020
1 1 minute read
Facebook Twitter Pinterest WhatsApp
Facebook Twitter Pinterest Share via Email Print