Who are Sanjana Sanghi and Rohini Iyer? Due to which Sushant Singh Rajput was upset, Riya Chakraborty revealed

Riya Chakraborty has told in a special conversation with NDTV that Sushant Singh Rajput was very upset about the MeToo allegations leveled against him. 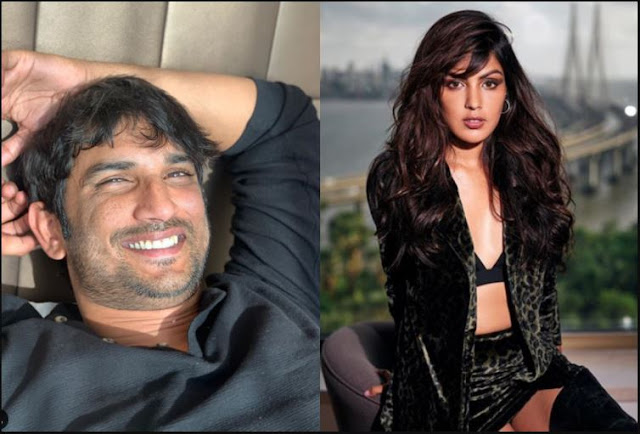 Riya Chakraborty has told in a special conversation with NDTV that Sushant Singh Rajput was very upset about the MeToo allegations leveled against him. Sushat Singh was accused of harassment during the MeToo movement in 2018. Reports had said that he misbehaved with his co-star Sanjana Sanghi of ‘Dil Bechara’. Rhea Chakraborty said, ‘I think the allegations of Me Too started to build pressure. They thought that someone was behind it. I don’t know who those people were. He used to think that there are some people behind Sanjana Sanghi. ‘

Riya Chakraborty further said, ‘This industry is very difficult. Elevations are very high and when a man falls, he reaches the abyss. Some things affected him and his mental condition. One of them is Me Too, though the allegations were dropped. He was not such a person. He was a very responsible person. His co-star Sanjana Sanghi was not making it clear. He felt that it was all due to his friend Rohini Iyer. I have also told this to the police and the Enforcement Directorate.

Not only this, Riya Chakraborty said that Sushant Singh Rajput was upset about not receiving the award despite good work. Riya told, ‘Despite the money earned and the excellent work of the films, they were not getting awards. These things used to bother him. They thought what is the use of working, when no one is paying attention to it. Before the promotion started, he was worried and scared about Sanjana Sanghi. He felt that the allegations would come back.Today I am going through the same things, so I understand this thing.