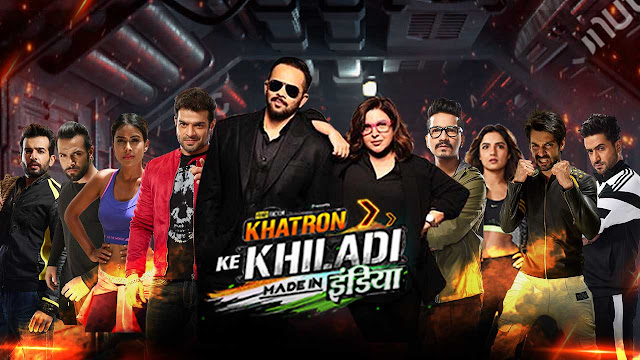 Khatron Ke Khiladi-Made In India Finale: Rohit Shetty’s stunt show ‘Khatron Ke Khiladi-Made In India Finale’ finale is today. The show has got the top 5 finalists, one of whom will be named this season’s trophy. The finale has Nia Sharma, Jasmin Bhasin, Bharti Singh, Aly Goni and Karan Wahi.
At the same time, Harsh Limbachiya and Jai Bhanushali are out of the show after reaching so close to Finale. Ring master Rohit Shetty had revealed at the beginning of the show that there would be double elimination in Saturday’s episode. The first task took place between Harsh, Eli and Jasmine. Although Ellie and Jasmine were able to complete the glass breaker stunt, Harsh could not complete the task.
The second task was the partner task which took place between Bharti Singh-Nia Sharma and Jai-Karan. In this thriller task a partner was handcuffed. The other partner had to reach his partner while avoiding the current between the wires. But the partner going through the wires was blindfolded and the handcuffed partner had to tell him the way. If the wire was also touched by mistake, then both partners had to suffer the setbacks. Jai-Karan completed this stunt in 11 minutes 43 seconds, while Bharti Singh-Nia Sharma completed it in 8 minutes 48 seconds. This stunt was won by a pair of girls.
The third and final stanza was between Jai, Harsh and Karan. Both Karan and Harsh were very nervous about this watery stunt. Karan was successful in completing this task. After which Harsh and Jai were eliminated. In this way, the show has got five finalists.
The finale is going to be bang. This time, Bollywood’s Tadka will be seen in the grand finale of the show. According to the news, filmmaker Rohit Shetty has designed the grand finale of the show in Bollywood style. There will be aplomb in the grand finale, the car will explode, the glass will break and the explosion will take place.
illumuniateAugust 30, 2020
0 1 minute read
Facebook Twitter Pinterest WhatsApp
Facebook Twitter Pinterest Share via Email Print