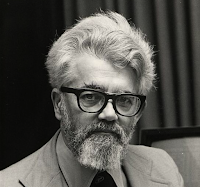 John McCarthy
What is Artificial intelligence exactly?
The official idea and definition of A.I. was first coined by john McCarthy in 1955 at the Dartmouth Conference 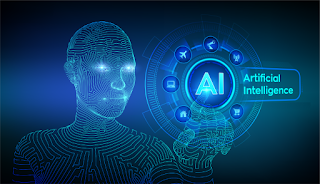 Dartmouth Conference
The founder fathers of A.I.
1.John McCarthy        2.Marvin Minsky
3.Claude Shannon    4.Ray Solomonoff
5.Alan Newell             6.Herbert Simon
7.Arthur Samuel
The Original Definition of AI or Concept of A.I.
Every aspect of learning or any other features of intelligence can in principle be so precisely described that a machine can be made to simulate it. An attempt will be made to find how to make machines use language, form abstraction and concepts, solve kinds of problems now reserved for humans, and improve themselves.
A 1955 Proposal 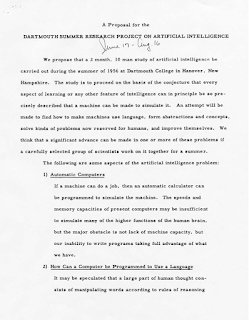 A PROPOSAL FOR THE DARTMOUTH SUMMER RESEARCH PROJECT ON A.I.
Aspects of A.I.
1.simulating higher functions of the human brain.
2.Programming a computer to use general language.
3.Arranging hypothetical neurons in a manner so that they can form concepts.
4.a way to determine the measure problem complexity.
5.Self-improvement.
6.Abstraction: Defined as the quality of dealing with ideas rather than events.
7.Randomness and creativity
After 60 years we have completed language, measure complex complexity and self-improvement to at-lest some degrade however Randomness, Creativity was just started to explore this year.
‘SURPRISING’ (2016) DIALOGE WRITTEN BY A.I.
‘PBS’ Idea Channel (Episode Written by A.I.)
According to Jack Copeland who has written 7 books of A.I. some of the most important facts of intelligence are Generalization learning that is learning that enables that learn out to be able to perform better in situation not previously encountered. Reasoning to reason is to draw conclusions appropriate the situation in hand. Problem solving given such and such data find x. Perception analyzing ask and environment and analyzing features between objects example. Self-Driving car. Language understanding  understanding language by following syntax and other rules similar to a human.
Few examples of A.I. 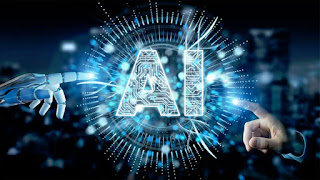 Machine learning, Computer vision, natural language processing, robotics pattern recognition and knowledge management
There are also different types of A.I.in terms of approach for example the strong A.I. and week A.I.
Strong A.I. is simulating the human brain by building systems that thing and in the process give us an insight into how the brain work we’re nowhere near the stage yet week A.I. is a system that behaves like a human but doesn’t give us insight into how the brain works IBM’s deep blue a chess-playing A.I. was an  example it processed millions of moves before it made any actual moves on the chessboard. It doesn’t though there’s actually a new kind of middle ground between strong and week A.I. this is where a system is inspired by human reasoning but doesn’t have to stick to it. IBM’s Watson was an example like humans it reads lot of information recognizes patterns and builds up evidence to say hey I’m X present confident that this is right solution to the question that you have  asked me from the information that I’ve read.
illumuniateJanuary 19, 2020
0 2 minutes read
Facebook Twitter Pinterest WhatsApp
Facebook Twitter Pinterest Share via Email Print

Why Tears comes while people cry? Types and Benefits of Tears – theilluminiate

Design and Analysis of Inboard (Integrated) Braking system for an ATV. New breaking System with less weight and and effective as compare to others